During the 1980 and 1990s, our company took a specialized interest in providing security in highly sensitive areas of government. Consequently, we were awarded several Federal, State, and local Government Contracts.

In 2002, Raymond D Butler, Vice President of operations opened Armed Security Inc. T/A Butler Security, Inc. Mr. Butler received a line of duty injury while serving in the Marine Corps. Upon Discharge, he entered into Vocational Rehabilitation under the Department Of Veteran Affairs where he received Degree in Criminal Justice from Catonsville Community College and  a Degree in Political Science (Pre Law Studies) at The University of Maryland. Because of his disability, his company was certified by the Department of Veteran Affairs as a Service Disable Veteran Owned Small Business. 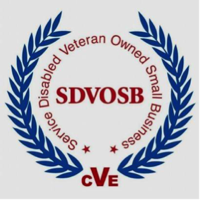